Rose quartz softens the edges, which then enables movement between two opposing points of view. Rose quartz allows us to have a gentle honesty with ourselves acknowledging a relationship.

Lasavia Essences are the gift of vitality of plants, minerals, insects and birds delivered to you with the utmost care.  The resolve of Lasavia is to deliver to you Elemental Healing through the introduction of an Essence into your being.  We suggest you put a few drops in water and take a moment to be inspired by the qualities of the Essence that you have chosen. 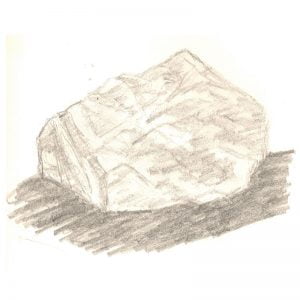 The rose quartz remedy is another remedy that arose out of a land healing. The difference here was that it was about relationship. That the land was healing the relationship between the person living on the land and the land itself. We often create in our homes and on the land the emotional state we are holding on to. This remedy was placed on to the land to release some of the overriding emotional states that were imprinted onto the land, but also given to the person to start to see and clear the way she was responding and projecting onto her surroundings.

Rose quartz is a type of quartz which can vary from a pale pink to rose red hue. The colour is usually due to trace elements of titanium, iron or manganese.

The rose quartz energetic feature is that of unconditional love. Emotionally, rose quartz is used to balance emotions and bring peace and calm.

It softens the edges which then enables movement between two opposing points of view. It allows us to have a gentle honesty with ourselves acknowledging a relationship. Requires you to take a step back and review from a distance.

There is an integration here with the element of air. Communication, thinking, a mind that is not closed already by conclusions but is open and inquiring, these are the tools to get you connecting to the spirit and becoming active. Eddies, flows, ability to touch and transform and move on, this is the quality of the air element. The rose quartz connects us with the air, accentuating our ability to listen.