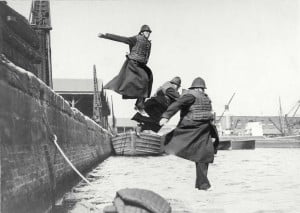 Once, when I was a student sitting at a bus stop at Courtney Place in Wellington, I was hungry and I had spent my last few coins of the week on a bag of hot chips. The chips were warm and smelt glorious and I savoured them. There was a stranger sitting next to me and without asking, he just reached over and started helping himself to these hot chips. It was so surprising that after he continued to help himself I found myself giving over the bag of chips to him, which he took as a given.

I have been meditating on my relationship with authority and the authority within myself. I wondered is that what I do when facing someone who becomes dominating. Do I give over the whole bag of chips. In examining how I respond in general to this situation I noticed I tended to withdraw and if it becomes more marked I observed a small collapse in the solar plexus. I was sharing this exploration with a group of women and each one of them responded in a similar way. They each had personal ways to create diversion and avoid simply expressing their discomfort. They all recognised the moment that this domination occurred and it was with relief that we examined the different forms of power over that occurs within relationships. 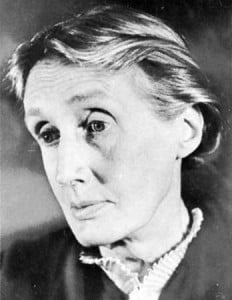 I am also aware of the power of the patterning of our forebears on how we are in relationship with authority. The constriction around the roles of women in the nineteen-century is still unconsciously and in some cases consciously present here in the 21st century. There were really only two roles women could be; one as the server and the other as the mother. Virginia Woolf in a talk she gave to women about the professions of women expresses this underlying powerful compulsion to serve, “She was intensely sympathetic. She was immensely charming. She was utterly unselfish. She excelled in the difficult acts of family life. She sacrificed herself daily. If there was a chicken, she took the leg: if there was a draft she sat in it – in short she was so constituted that she never had a mind or wish of her own, but preferred to sympathise always with the minds and wishes of others…I did my best to kill her. My excuse, if I were to be had up in a court of law, would be that I acted in self-defence. Had I not killed her, she would have killed me.”

It is common practise in our society to project, assume and judge. We are also in a practise where we are persistently looking into the mirror of our community to see ourselves. These mirrors of our fellows are not particularly clear, all the same we keep checking our reflections in the opinions and gossip of others. It is also common to create authority in others by assuming their expertise. I read a wonderful reflection of this recently in Dr Kaushik’s book ‘Towards a new consciousness’ “Everyone builds authority on experience – and it is this authority of experience which blocks listening and observation.”

In most forms of power over there is projection and judgement without any real listening or observation. There is often an experience of needing to assert power because of an inadequency or insecurity. The best way to begin to move into being with someone in their power is to begin to listen. This opens up the ability to be present with what might be happening. From this awareness, insight and understanding is gained and so we may begin to experience ‘power with’ in our relationships and in groups.

All around us we witness different forms and expression of ‘power over.’ This can be either in relationship to people or the environment and usually arises from feelings of entitlement. How familiar is the statement I am entitled to build here, or I am entitled to have this without any real understanding of the consequences of this particular entitlement. Feelings of entitlement like this create a will that then dominates to create an outcome.

Would it not be more interesting to meditate on the desire or vision and examine where that comes from. Does it come from a pattern of insecurity or does it come from an alignment with oneself? What are the consequences of manifesting this desire? It is curious that many people block manifestation simply because manifestation of a desire changes us. The very nature of creating on the physical plane has consequences. If we manifest wellbeing we can no longer invest in our lack of.

Once we understand where our vision and our desire arise from, how much more exciting it is to offer that up to spirit and invite co-operation in ways we never could imagine. This means we have to invite in the unexpected and recognize it when it arrives. It moves us to open ourselves to flow and timing and welcome in the teachings and the re-alignment that goes on in any co-creative process. Sometimes the flow moves so quickly we can’t keep up and other times we have to slow down a bit to see that the river is moving more sedately. I have seen people rushing around doing unnecessary work pushing a river that is already flowing. I have also seen people frozen with fear using a great deal of energy by simply not stepping into the river they have created.

Doing any enterprise brings us to this place of using our will within the world. It means we have to engage in money and look at the authority of law and tax. This is the nature of spirituality and balance within the world. People may renounce it but they may not have resolved it. Nor do we have insight into ourselves as whole unless we can be in the world and be of it. We are coming to a time now that nowhere can be as remote as it once was. We are faced with the great human use of entitlement than we have ever had to encounter before and we all have different reactions to it.

Some people in face of this will desire to give up their place on earth as they experience that we are a burden to earth. This environmental despair emerges from a helplessness in the face of the depletion and pollution of our planet. I want to say how more important it is to see your role and strength and find your place for the earth needs your voice and your role as guardian.

As I write this I just watched one of our white-bellied Waiheke rats scramble over the grape vine. I call them the Waiheke rat because I think they are some virulent cross. They have the grey white belly of the norway rat, yet they manage to sprint up the pongas and tightrope scramble with speed along power lines. The Norwegian rat is more inclined to swim rather than climb. These rats have had a devastating impact on our wild life and disembarked from rat infested ships from1780 onwards. Rats are acutely sensitive to sounds, smells, light and touch but do not see well. The rat symbolically for me is about its single minded approach to survival. How alike we have become to rats on this planet, with our single minded approach to what serves us.

Today with friends eating a long lunch under the grape vine we were talking about how much the birds love grapes and so ensued a conversation about the eradication of birds in Italian vineyards so that they don’t need to net the grapes. It was a sobering moment and summed up that decided ‘power over’ and entitlement.

How do we resolve our understanding of sovereignty without the need to use our will over others. The movement is to stand in responsible leadership and find our grace and wisdom. I am reminded of an insight into the meaning of awe. When we perceive the awesome nature of the universe and the rarity of what created our earth in such a way we come to life with new perspective. If we consider the concept of the mantle as being slightly beyond us yet of us. That here is a symbol of the relationship between our own essential power and the energy beyond thought, an energy that flows through us, that is a mystery because of its very quality of being beyond our full conception of it, beyond the mind, beyond our existence.

As I shared more about authority with the women in the group, there was a discovery of discomfit around the word itself. It is no wonder for the first meaning given in the dictionary is the power or right to give orders and enforce obedience. That’s a potent dictum and it was worthwhile to sit with that. There was more in the dictionary, the power to influence others and the confidence resulting from personal expertise. Well that’s quite a word to be meditated on by a group of women all edgy around the use of authority.

So we asked how did we respond when someone used his/her will to have power over us. The experience was potent. All of us experienced old patterns of behaviours that included an inability to act, a collapse like folding in on oneself. Some had shame, some had hurt and some lost their voice. There were feelings of resentment and sadness and all were unable to act appropriately immediately.

We then examined how to be in this situation, how would it show in our bodies and in our voices if we were able to stay in alignment to our spirit when we experience this domination. Our gestures were strong, people found their voice that was somehow lost down in the depths, there was clarity and action. For me I received a simple walking forward. I pondered this walking forward for myself and saw how I tend to prefer to defer my power rather than be fully seen. I started to see how these relationships that I might have where there is use of power over were simply an indication that I was choosing to walk a winding road in the moment I was needing to go a more direct route.