Our Library: the classics 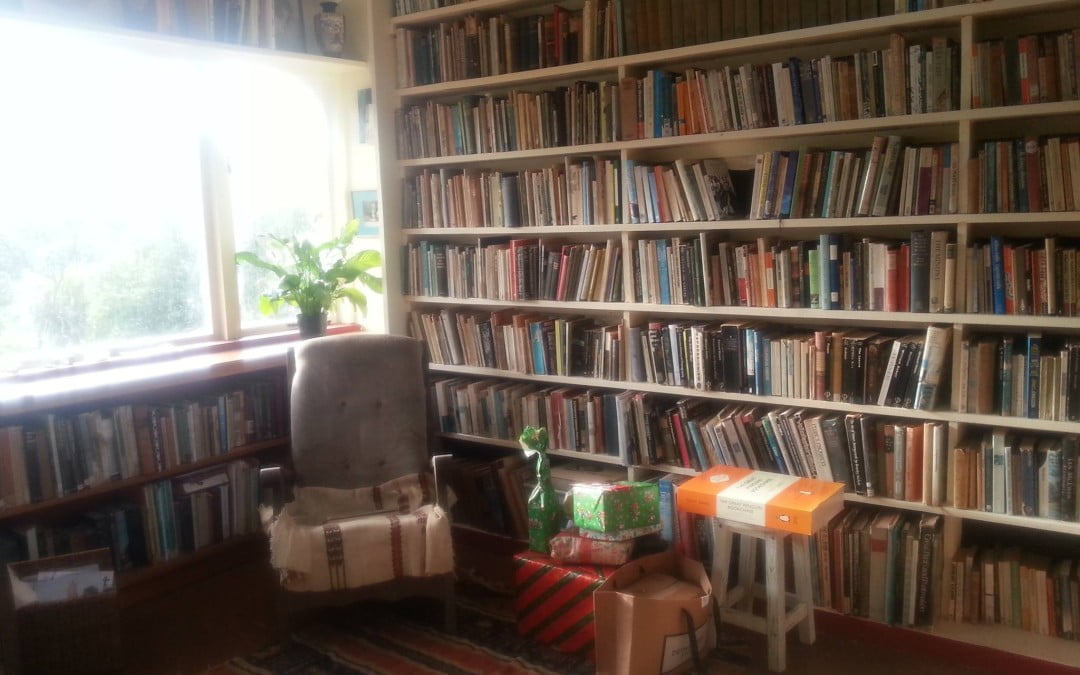 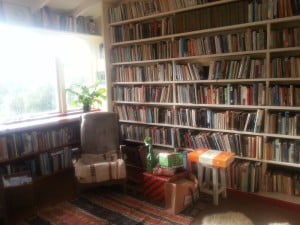 I grew up with books. The library was positioned south in the house, the shelves were wooden, stained a dark brown, and went from floor to ceiling. A place for meandering, without moving from the odd assortment of chairs. They were the chairs that didn’t quite suit the sitting room.

There was an rocking chair covered with faded velvet like an old smoking room jacket.

There was a chair designed for giants, like a dining chair that took on growth hormones. I remember the seat was made of cream tapestry; you could trace the texture of the faded patterns with your finger like reading braille. There was the chair I was told was a carving chair, it had a curved back that took up two sides, which allowed two ways of sitting. Its seat, old green vinyl, took imagination just to sit on it. When I wanted books that were on the highest shelves I would balance precariously on the arms of the chairs rather than use the stepladder, bracing myself with one foot on a shelf. The poetry section particularly lent itself to this precarious wobble. A library predominately of non-fiction and anything that you ever wanted to know was somehow embedded in those shelves. The classics were in a small cabinet with latticed glass and a small finely wrought key. It was situated in a gloomy alcove of the hall. To open the cabinet you unlocked it with the key. This was a reverent, kneeling down secretive library. On top of the cabinet sat the antique Indian elephant gong, next to a pretty lady with a pink broken slipper. There was a story with the elephant gong that had got lost and so it held its mystery, the pink slippered lady used to sit upon the mantle piece above the fire. She had broken her shoe because my father had chased a mosquito with a pillow, knocking the fine lady down. In this cabinet were the curiosities of Dickens, particularly an old copy of The Pickwick Papers of which I would take outside and amble to the garden choosing to hunker near the peach tree, the perfect place in which to read a world so remote to my world of Piripai. 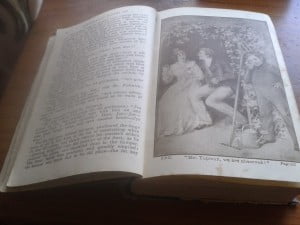 The classics, were generally ‘Everyman’ books, but The Pickwick Papers was published by ‘London and Glasgow Collins clear-type press’. It had the perfume of old book, the paper fine and light with sepia illustrations and a blue hard cover.

To read The Pickwick Papers you unlock another rhythm, a delicious and humorous sympathetic parody.

You relax into long sentences that are as circuitous as the mind of Mr Pickwick himself. Once you turned over the frontispiece and past the four pages of contents you begin with this one sentence. “The first ray of light, which illuminates the gloom, and converts into a dazzling brilliancy that obscurity in which the earlier history of the public career of the immortal Pickwick would appear to be involved, is derived from the perusal of the following entry in the Transactions of the Pickwick Club, which the editor of these papers feels the highest pleasure in laying before his readers, as a proof of the careful attention, indefatigable assiduity, and nice discrimination, with which his search among the multifarious documents confided to him has been conducted.” I first read this, kneeling in the gloom in front of the cabinet at the age of thirteen and then wandered outside into the summer, eyes blinking in the light, clutching my find. 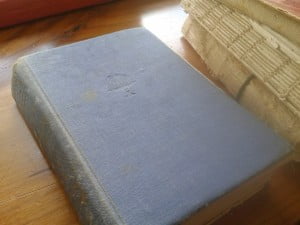 I had a find in the Taumaranui op shop recently. There held together by a rubber band were two old copies of L.M. Mongomery’s books Anne of Green Gables and Anne of Avonlea. The print was larger than the fine ‘clear-type press’ it was published in 1928 by cornstalk publishing company in Sydney and was printed as part of the platypus edition for children. If I could only describe the subtle differences between old book perfume, let us say that it didn’t have the heightened sensory smell of “the Pickwick papers’ I think ‘Anne of Green Gables’ after been loved, had mustered in damp places. Ah but its first sentence needs to be elevated here as like ‘The Pickwick Papers’ it was a book to tease and delight in a sympathetic way its characters. So here let me quote this first sentence to build you up to the decorum required of even the brook that flows through Avonlea. “Mrs Rachel Lynde lived just where the Avonlea main road dipped down into a little hollow, fringed with alders and ladies’ eardrops and traversed by a brook that had its source away back in the woods of the old Cuthbert place; it was reputed to be an intricate, headlong brook in its earlier course through those woods, with dark secrets of pool and cascade; but by the time it reached Lynde’s Hollow it was a quiet, well-conducted little stream, for not even a brook could run past Mrs Rachel Lynde’s door without due regard for decency and decorum; it probably was conscious that Mrs Rachel was sitting at her window, keeping a sharp eye on everything that passed, from brooks and children up, and that if she noticed anything odd or out of place she would never rest until she had ferreted out the whys and wherefores thereof.” What a first sentence. I was hooked. Kneeling down amongst the pile of books on the floor I lifted this one out of the gloom, happily purchased it to read up at the mountain, no peach trees in sight. I blame it on the tiredness but as I read ‘Anne of Green Gables’, tears leaked out and fell down onto the pillow.